What Parents Should Know about the Safety of Dental Radiology.

There are many different types of x-ray images (pictures) that can be taken of children in the dental office to assist in diagnosis. These include the panoramic and orthodontic cephalometric extraoral images, intraoral images such as bitewings and periapicals (little films that go inside the mouth) and cone beam computed tomography (CBCT). All of these dental images use ionizing radiation (x-rays), and therefore parents may be concerned about the increased cancer risk (because of the x-rays) to their children. The following provides information on the risks of dental images in relation to their benefits.

X-rays are invisible beams of ionizing radiation. X- rays that are directed to the body do not pass through without changes but are absorbed differently by various tissues of the body. Once they pass through a body part, they are captured by the film and produce images in tones of gray showing calcified structures such as the jaw bones, teeth, and other bony structures. The use of x-rays to create dental images is not painful, but during the procedure, the child must stay still or else the image may be fuzzy. In some circumstances, parents may be asked to help keep their children still while dental images are taken. Depending on the area of the jaw imaged and the type of dental image, a lead body apron or thyroid shield may be used to reduce radiation exposure to other body areas not being imaged.

What is a panoramic film? 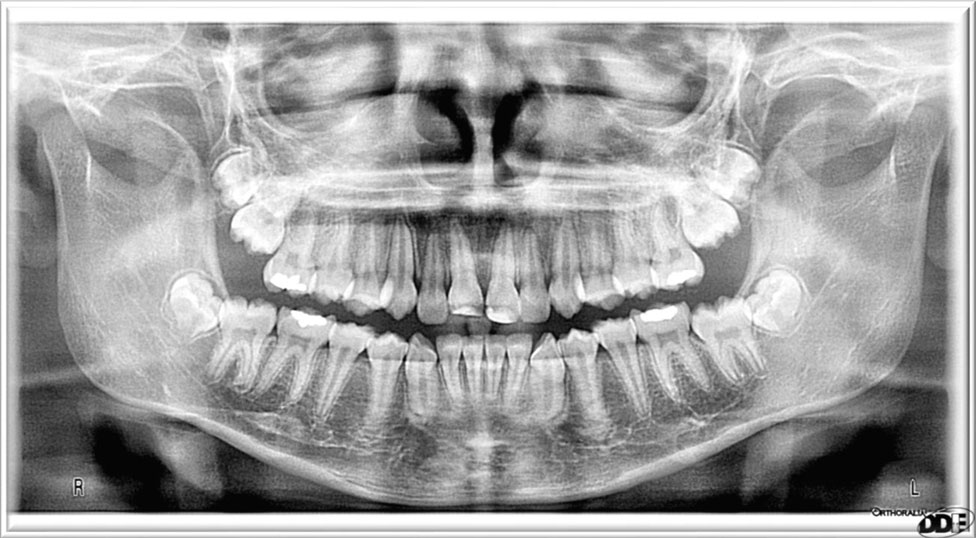 What is a periapical film?

Periapical films belong to the intraoral category of dental x-rays because the film is inside the mouth. The name "periapical" means that this film is designed to evaluate the root and crown of the teeth. The dentist usually takes periapicals of the back and anterior teeth. [Figure 2] 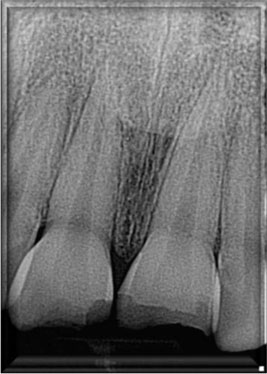 Figure 2. Periapical film of the front teeth (they are both fractured)

What is a bite wing film? 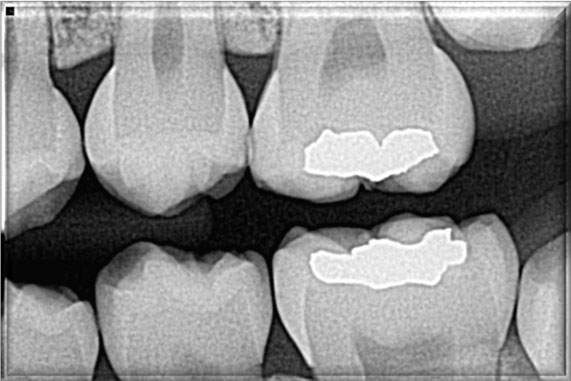 Figure 3. Bitewing of the left side of the mouth

Over the past 10 years, cone beam computed tomography (CBCT) has become increasingly available for use in dental offices. CBCT produces images similar to computed tomography (CT) used in medicine except that CBCT may expose a child to a lesser dose of radiation dose. In CBCT an x-ray device rotates around the head to create many individual pictures of the child’s jaw and teeth, and these individual images are used to build a virtual three-dimensional (3D) representation (main advantage of CBCT vs. other dental radiographs). [Figure 4] This virtual image may contain diagnostically important information that is not present in other dental images such as a bitewing or panoramic image. However, taking a CBCT image results in more radiation dose to the child than other commonly used dental images. 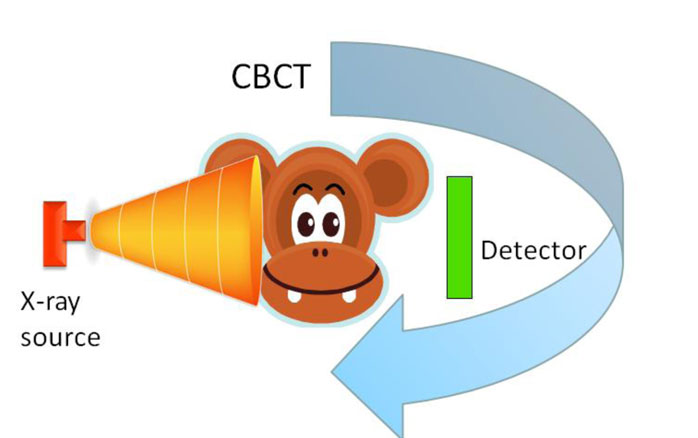 There are many different types of machines used to take a CBCT image [Figure 5]. These machines may be called a scanner, and while some may look similar to medical CT scanners, others are similar to panoramic x-ray units. Depending on the type of scanner used, the child may sit, stand, or lie down while the scanner moves around the head. The CBCT procedure is quick and painless, with nothing touching the child. Some children may be apprehensive of the procedure because of the size of the scanner and its motion. [Figures 6 and 7] 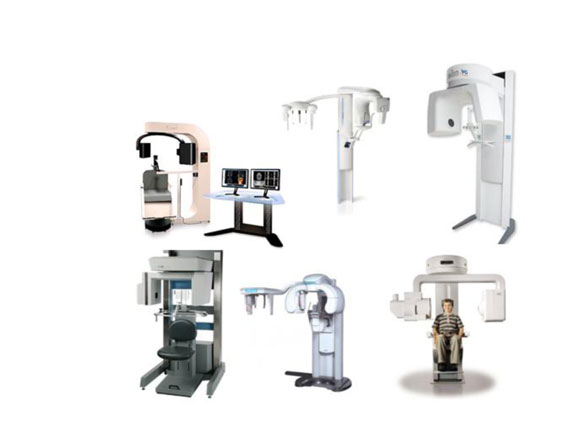 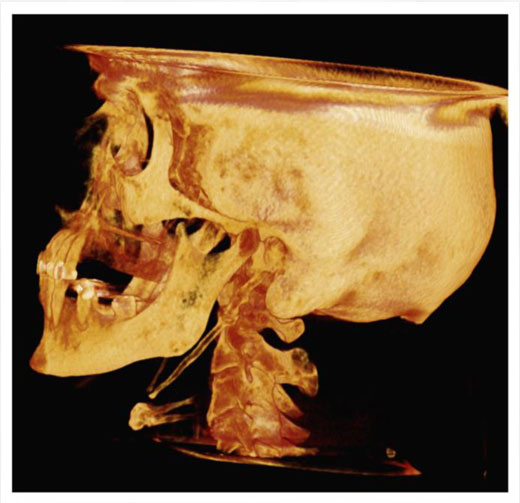 Figure 6. 3D reconstruction of the skull using a CBCT machine 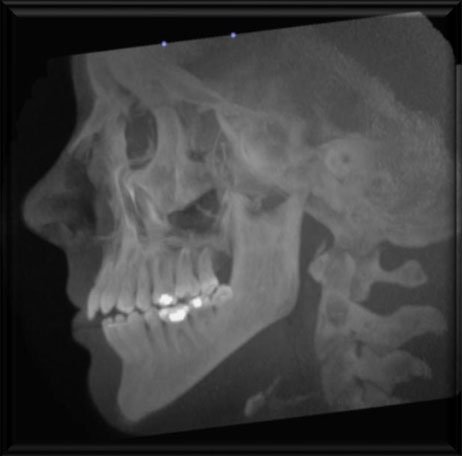 Figure 7. CBCT showing of the left side of the face

How Much Radiation is a Child Exposed to during Dental Radiography.

Every day we are exposed to small amounts of radiation from our environment. This radiation comes from outer space, the ground, building materials, air, and water. This is called natural background radiation. The amount of this radiation to which we are exposed depends upon where we live. For example, those who live in higher elevations (such as Denver, Colorado) are exposed to more radiation from outer space than people who live at sea level. To minimize the amount of radiation used to create a dental image, the settings on the X-ray device should be adjusted depending upon the child’s size. The millisievert (mSv) is a measure of effective radiation dose to the body. One way of assessing the dental radiation risks is to compare the radiation doses that result from dental images with estimates of equivalent amounts of natural background radiation (Table 1).

What are the Risks to a Child from Radiation from Dental Radiography?

There is no conclusive evidence that radiation from dental diagnostic x-rays causes cancer. However, major national and international organizations responsible for evaluating radiation risks agree that we should act as if even low doses of radiation may potentially cause harm and should always try to minimize radiation exposure. This is particularly important in children as they are at an approximately 3 to 5 times higher radiation-induced cancer mortality risk than adults. This is because their developing tissues are inherently more radiosensitive and because they have more remaining years of life during which a radiation-induced cancer could develop.

It is estimated that approximately 1 in 1,000 individuals will develop cancer from an exposure of 10 mSv. Therefore a relative radiation level (RRL) can be provided when considering the risk for a single x-ray exposure or a course of treatment involving multiple images.

Despite several limitations of estimating radiation dose risk, comparison of the radiation Effective Dose from various dental Imaging Procedures (Table 1) to the RRL (Table 2) shows that for children all dental radiographic procedures have minimal risk. For CBCT the risk can vary from low to medium depending on the scanner used.

How can Radiation Risk to a Child be Minimized?

The Image Gently Campaign provides guidance to dental practitioners to minimize radiation exposure to children. These involve numerous strategies and include:

If a child’s dentist requests a dental image should the parent allow it to be done?

How can I be sure that the imaging facility or dental office is using appropriate radiation reduction techniques?

Are there alternatives to CBCT?

For many years prior to the use of CBCT, conventional dental techniques provided images that in many cases were adequate for diagnoses of most dental conditions. CBCT is not a replacement for conventional dental techniques and should be used to provide additional information that would be necessary to choose appropriate treatments. While ultrasound and magnetic resonance imaging (MRI) are imaging techniques that do not use radiation, there are few situations in childrens’ dentistry where these would be appropriate alternatives to CBCT. MRI usually takes a long time (compared with CBCT) and because of this, children may require sedation, which involves risk. The dentist should be asked whether or not alternative examinations would be appropriate.

If no abnormality is detected with a dental image does this mean the image was unnecessary?

Dental x-ray images should be considered only after a thorough clinical examination of the child. Dental images are taken either to confirm a clinical suspicion of a certain condition or to eliminate it from further consideration. In the latter case the dental image does not provide a positive result but is of value in that it may avoid additional tests or procedures.

Whom should I contact if I have further concerns regarding radiation exposure?

The clinician who originally ordered or performed the x-ray examination on your child should always be the first person you should approach with any questions regarding the procedure. If this individual is unable to answer satisfactorily your questions, you can request that your dentist consult with an oral and maxillofacial radiologist, or you can ask to be referred to one. Oral and maxillofacial radiologists are specialist dentists who have received additional training beyond dental school) and expertise in dental radiography.

The information contained in this publication is provided through Image Gently, the educational and awareness campaign created by the Alliance for Radiation Safety in Pediatric Imaging, formed in July 2007. It is a coalition of healthcare organizations dedicated to providing safe, high quality pediatric imaging nationwide. The Society for Pediatric Radiology as well as over 33 other societies (including the American Academy of Oral and Maxillofacial Radiology) are members of this coalition representing more than 500,000 health care professionals in radiology, dentistry, pediatrics, medical physics, and radiation safety.